The management of Zebra Diamond Cutting and IGC Group attended on August 7th the handing-over ceremony of the support program at the Thuto Boswa Rehabilitation Center.

The Thuto Boswa Center was established in 1981 in the small town of Ramotswa, 40 km south of the capital of Botswana. The mission of the center is to educate children and young citizens with different types of disabilities, physically and intellectually.

The support needed by this rehabilitation center was brought to the attention of the directors of Zebra Diamonds Cutting/IGC Group in 2014. In 2015 and 2017 the center was supported through installing a chicken house, a youth computer center with internet connected computers and tables/chairs for the students.

Mr. Tshekiso Mokgatle, board member of the center, stated the center was privileged by the continuous support and the long relationship. 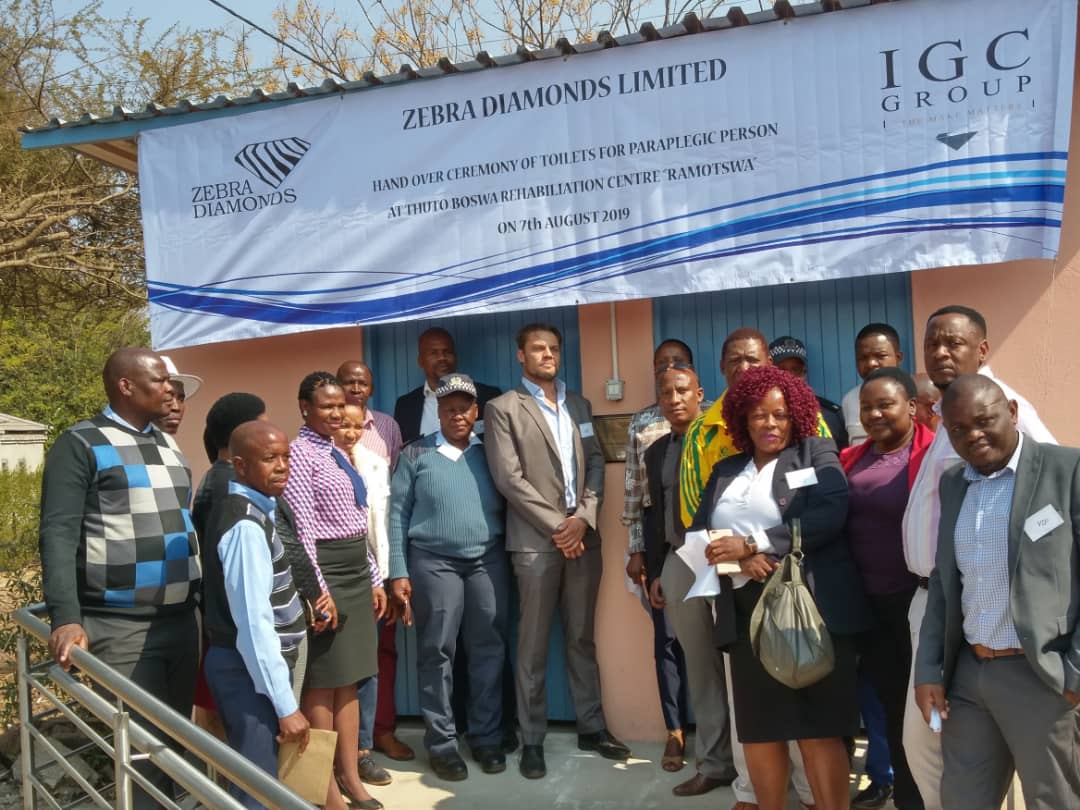